At the awards ceremony in Washington, D.C., Secretary Jewell thanked the Klamath team and others who collaborated on important conservation projects and programs in 2013. For information all of the award recipients please visit: http://www.doi.gov/news/pressreleases/secretary-jewell-presents-2013-partners-in-conservation-awards.cfm

“The Department of the Interior is proud to recognize the accomplishments of those who are innovating and collaborating in ways that address today’s complex conservation and stewardship challenges,” said Secretary Jewell. “These partnerships represent the gold standard for how Interior is doing business across the nation to power our future, strengthen tribal nations, conserve and enhance America’s great outdoors and engage the next generation.”

The Partners in Conservation Awards recognize outstanding examples of conservation legacies achieved when the Department of the Interior engages groups and individuals representing a wide range of backgrounds, ages and interests to work collaboratively to renew lands and resources.

Over the course of the 10-week program, the students and scientists worked on habitat restoration projects, developed models and collected data in the Sycan River in Oregon and Shasta Big Springs Creek in California – two important tributaries in the Klamath watershed that support tribal fisheries.

A unique focal point of the program is how it utilized both traditional ecological knowledge and cultural traditions with today’s leading technological approaches. The program is also helping tribal youth in the Klamath Basin by equipping them with essential job skills that will allow them to become future conservation leaders while also contributing to the current management of culturally and ecologically important fish species.

The mission of the U.S. Fish and Wildlife Service is working with others to conserve, protect, and enhance fish, wildlife, plants, and their habitats for the continuing benefit of the American people. We are both a leader and trusted partner in fish and wildlife conservation, known for our scientific excellence, stewardship of lands and natural resources, dedicated professionals, and commitment to public service. For more information on our work and the people who make it happen, visit http://www.fws.gov/cno. Connect with our Facebook page, follow our tweets, watch our YouTube Channel, and download photos from our Flickr page. 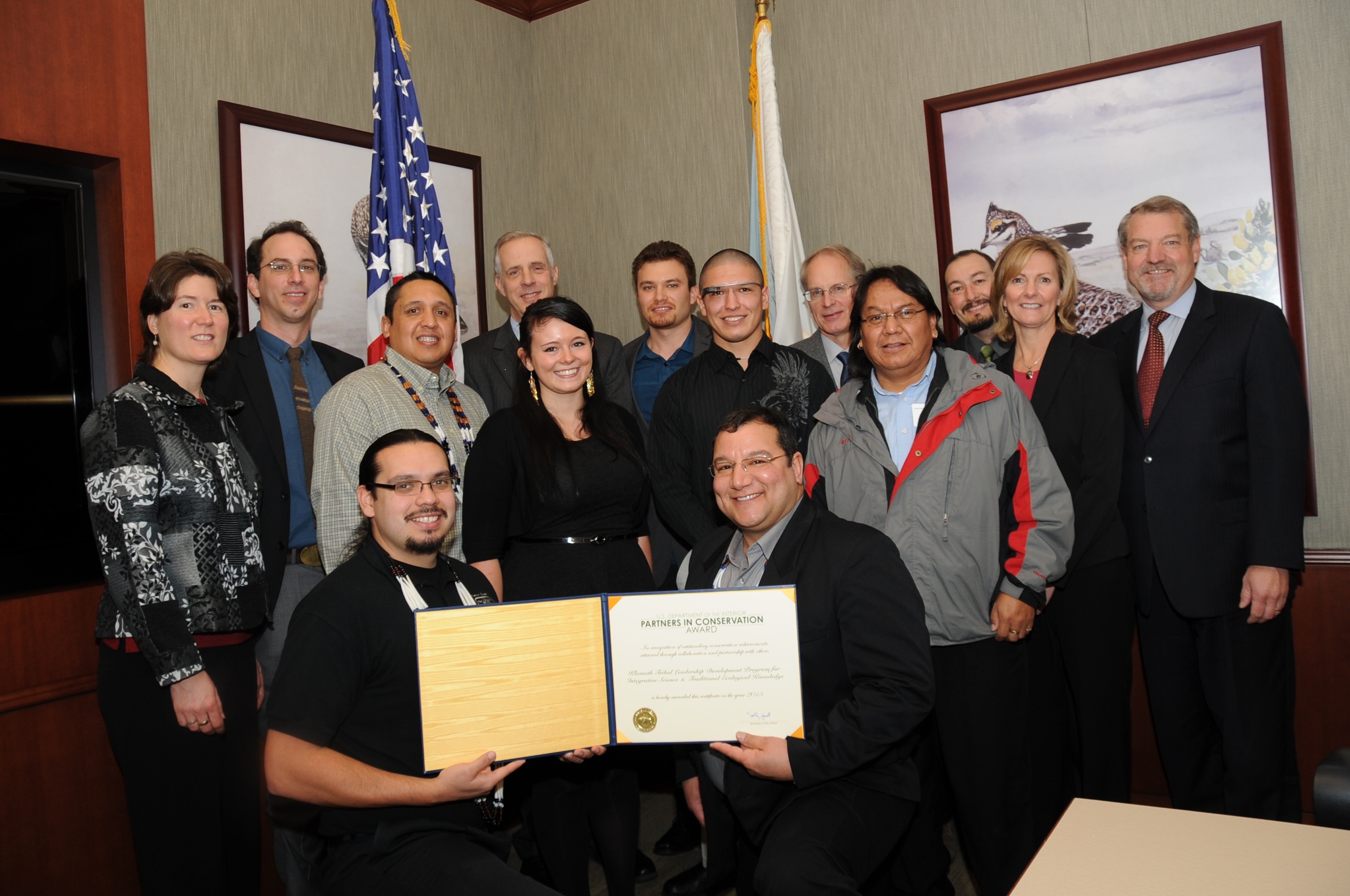 Arch Super accepting the award on behalf of the Karuk Tribe