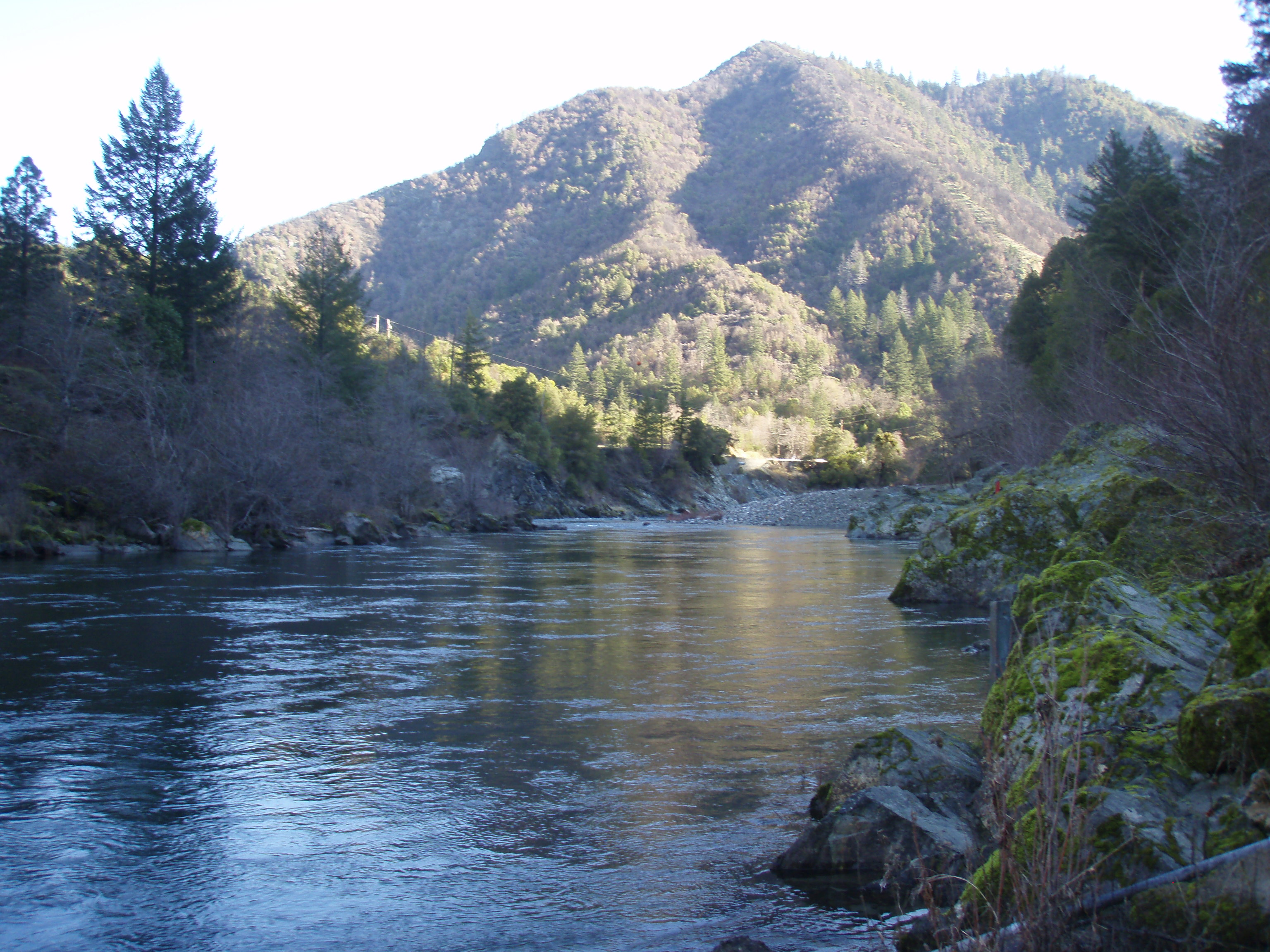 The Karuk Tribe has entered into cooperative agreements with both the U.S. Geological Survey and the U.S. Fish and Wildlife to monitor and assess water quality conditions in the Klamath and its major tributaries.

The largest contributor of water pollution entering our ancestral territory comes from the Klamath River itself. This river once supported a very productive salmon fishery, and provided a main food source and way of life for our people. Now because of upriver actions such as the construction of dams, inefficient water usage, diversions, and polluted runoff, many of our salmon species and seasonal runs are in danger of becoming extinct.

The Klamath River can get as high as 80 degrees fahrenheit (25*C) in the summer, when migrating adults and growing juveniles need temperatures below 68 degrees (16.5*C) in order to survive and grow properly. Elevated temperatures and nutrient levels from agricultural runoff cause massive amounts of algae and other plant life to grow and flourish within the river. This plant life decays at night using up oxygen that the salmon need to survive, dipping dissolved oxygen levels down as low as 2-4 mg/l. Fish become stressed when DO levels fall below 5 mg/l. Prolonged stress stops growth, increases susceptibility to disease and eventually will cause death.

Our Tribe has documented and witnessed large fish kills, in the thousands, within the Klamath River as the result of prolonged fish stress.

The Karuk Tribe Water Quality Program is currently contracted by Klamath River Renewal Corporation to monitor river conditions before, during and after Dam Removal